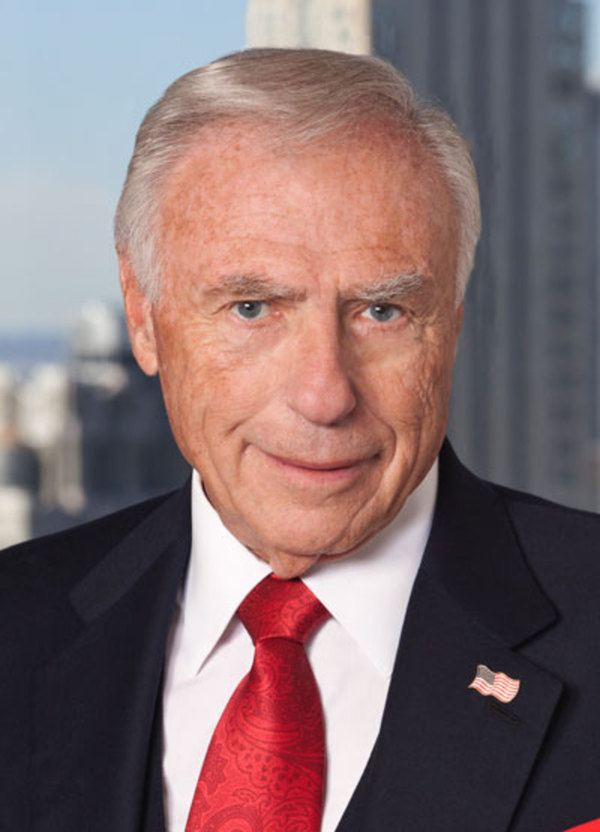 Arnold Fisher is personally responsible for the construction of more than 15 million square feet of space, both commercial and residential, and has left his indelible imprint on the Manhattan skyline and cityscape. The properties for which he was personally responsible include the four signature midtown office towers that are the centerpieces of the current Fisher Brothers portfolio. His wide-ranging philanthropic endeavors have been focused on members and veterans of the armed forces and their families, particularly those who died or were wounded in action. Most recently, he spearheaded the Intrepid Fallen Heroes Fund’s construction of the National Intrepid Center of Excellence on the Navy campus in Bethesda, Maryland, a 72,000-square-foot state-of-the-art research, diagnosis and treatment center for service members diagnosed with traumatic brain injury and psychological health conditions.

Arnold Fisher has served as Chairman of the Board of Trustees of the Intrepid Museum Foundation and Chairman of the Fisher House Foundation, and heads up the Fisher Brothers Annual Scholarship Fund for military children. He served as a member of the Independent Review Group committee formed by the Department of Defense to investigate the shortcomings of the treatment of wounded service personnel at Walter Reed Medical Center. He is also a recipient of the 2008 Presidential Citizens Medal from the White House and was an Iraq and Afghanistan Veterans of America Honoree in 2007.

Mr. Fisher’s other philanthropic causes include the Veterans Bedside Network and the development of the Vietnam Memorial in Westchester County. He has also served as Chairman of the Board of the Hall of Honor, while also receiving the Patriot Award from the Congressional Medal of Honor Society. In 2005, he became an Honorary Knight of the British Empire in recognition of his outstanding contribution to the welfare and well-being of families of British Armed Forces personnel killed in action and his energetic leadership in support of closer UK-US relations. Additionally, he is a Trustee of the New York State Trooper Foundation and a recipient of the Ellis Island Medal of Honor.